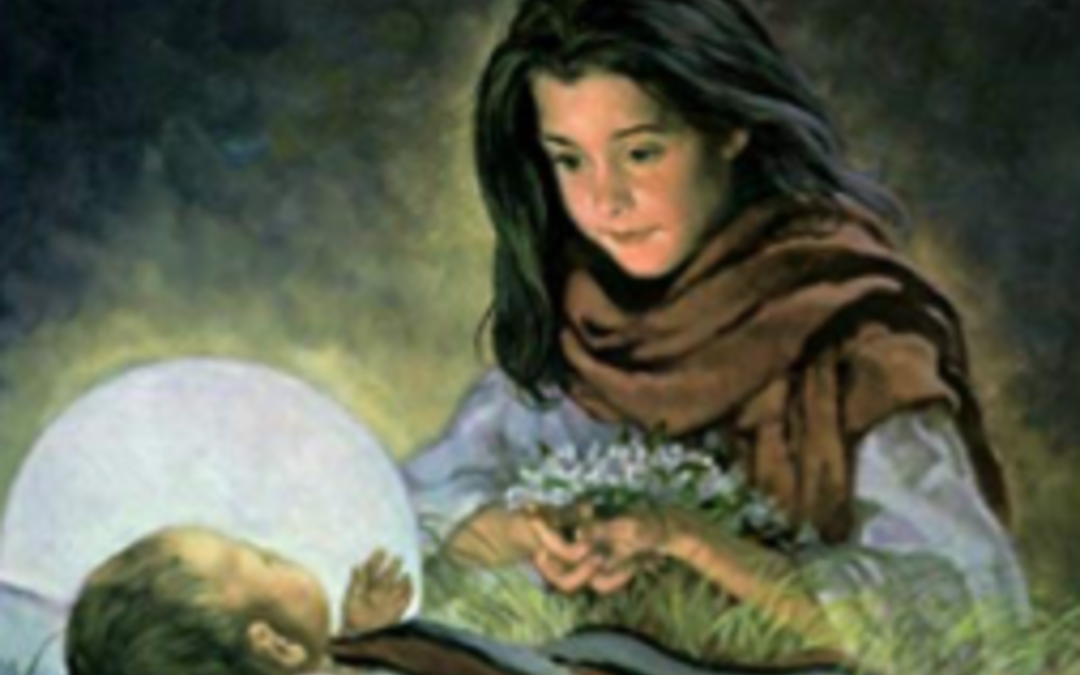 What a bizarre thing to do… Chopping trees down and sticking them up in our houses!!? And why oh why are the shops suddenly bursting at the seams with Poinsettias? Not to mention having a quick peck under a branch covered in berries…

Where did these traditions come from?

As with any tradition it is infused with meaning but over many years those meanings have been diluted with human habit. Perhaps some people don’t even know why they conform to these wintery festivities, it’s just a case of ‘It’s Christmas, therefore we have a Christmas tree…’

Well, for this little blog we are broadening the language of flowers to encompass the symbolism of plants too… Prepare yourselves for some worldly discoveries.

So, the Christmas tree… There is huge debate as to who first thought to bring a fir or pine tree into the house to be decorated, however removing ‘who first came up with the idea’ out of the equation, the symbolism across the world is incredibly similar. From Druids to Christians, from ancient Egypt to China and of course Europe, with a strong emphasis in Germany, the evergreen tree was believed to represent eternal life some even believed that decorating your house with evergreen garlands and wreaths kept the Devil at bay.

The Poinsettia, or Christmas star has to be one of my favourites and one of the tales behind it’s beautiful, bright bloom is just so enchanting. Also known as the ‘Flores de Noche Buena’ or ‘Flower of the Holy Night’ it got it’s name due to a poor, young, Mexican girl who was travelling to the Christmas Eve church service. With nothing to her name, she bent down at the roadside and picked a bunch of weeds, refusing to arrive empty handed (now we all know that I believe there is no such thing as a weed, just a misplaced flower… and this could not be more apt!). On entering the service, the gathering of weeds she carried flourished into ruby-red flowers brimming with cheerfulness causing those gathered to erupt into celebration at such a Miracle.

You’ve seen the bunches growing high up in the oak and apple trees. Mistletoe was thought to be sacred, being closer to heaven or the gods and not growing from the ground. Sharing in the symbolism of immortality like other evergreens, it is also believed that kissing under the mistletoe, came from Norse mythology and legend. They believed that Mistletoe symbolised love. In England, someone would pluck a berry from the branch in order to have a kiss underneath… Then, once the berries had run out, so did the kisses. Like many traditions stemming from the Druids and being adopted by Christians, mistletoe is believed to hold mystical powers and offer protection from evil spirits or the Devil. In the Medieval times this was adapted to bringing good fortune into the home. In the Middle Ages, it represented fertility, women used to carry sprigs with them if they were trying to conceive (apparently the white pulp in the berries symbolised sperm – so the more berries the better!).

Not forgetting holly! Again, symbolism of the Holly dates back thousands of years. Romans felt it represented a link with Saturn, their god of agriculture, and decorated with sprigs of holly to honour him and encourage a bounteous harvest in the year to come. Similarly the Druids felt that holly enhanced fertility and believed the plant to poses magical powers, so branches of holly would be brought in to decorate the hearth (never the whole bush though as it was bad luck to chop one down!). Naturally, the Christians adapted the meanings to reflect their own faith. They believe that the red berries represent Jesus’ blood and the sharp, pointed leaves, his crown of thorns. In Germany, holly is even known as ‘Christdorn’ that means ‘Christ thorn’.

I thought I’d leave you today with another touching legend of how the Christmas Rose, or Hellebore, became a symbol of love and hope. This Snow Rose, or Winter Rose, manages to grow and bloom in the depths of winter, even when everywhere is frozen. Apparently it’s wintery existence is due to a little shepherdess called Madelon. She saw the 3 Kings go by and watched as they showered baby Jesus with exquisite and expensive gifts. Distraught at not being able to give the baby anything, she searched the snow drifted hillside, but found nothing but ice. A watching Angel saw the girl and was touched at her dedication and with his wing he parted the snow and made it that when her tears hit the frozen earth, the Christmas Rose was able to grow and bloom. The white flowers represented the purity of her love, of which no gift was greater…So when we are all snug as bugs passing around our pressies for others to open this Christmas… just remember, it’s the thought that counts!

There you have it, just a small insight into why we have these traditions and what they represent. Merry Christmas!